“In place of a guitarist, Emerson, Lake & Palmer had Keith Emerson, a keyboard virtuoso who liked to wrestle with his Hammond organ onstage, and didn’t always win: during one performance, he was pinned beneath the massive instrument, and had to be rescued by roadies.”

Source: What To Be Aware Of When Using Headphones For Mixing : Ask.Audio This has been my problem from time to time: “And once again, while the perception of bass in the mix may vary from room to room, the perception of bass may also vary from phones to speakers. Without the feeling of the bass vibrations in the room and the listener’s body – absent in headphone monitoring, even with phones that have good bass extension – there may be a tendency to overdo low end EQ if mixing in phones, which can then sound muddy or boomy over speaker playback.” 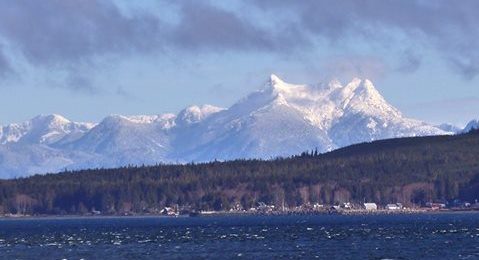 Source: William Gibson & The Summer of Love Next to Burroughs, Miller, Kerouac and others, Gibson is my personal favourite author.

In American Sign Language, it means “I love you.” It is also very similar to the motion Spider-man is known to make in movies and his comics to activate his powers, and is featured on the album cover for THE BEATLES‘ 1966 single, “Yellow Submarine/Eleanor Rigby”, which showed John Lennon making the gesture nearly a decade before KISS was even formed.

Iggy and the Stooges made money mostly from tours and gigs. Iggy Pop says: “We make an album, everybody complains for the first five years. And after about 10 years, people say, hey, you know, that’s pretty good. The money kicks in about 20 years later.” Source: Why Iggy Pop declined joining the Doors as a replacement for Jim Morrison

Source: What 2018’s Breakthrough Artists Need To Do Now To Succeed – hypebot She says a band should, “Practice a lot and play a little.” Playing too much and too often is a killer for young bands. She adds, “You can play El Cid 10 times a month but then when you try to book the Echo or the Hi Hat we’re not going to book you because you already played 10 times.” If someone knows they can see your band any time then each individual show becomes less special and less meaningful. A band needs to carefully approach all aspects of their career.

Six months after Bob Dylan received the Nobel Prize in Literature at a ceremony he did not attend, the songwriter has fulfilled the award’s criteria by delivering a lecture on the topic to the Swedish Academy. Ahead of Nobel Prize ceremony, we explore how Dylan wrote not just songs or poetry, but history Recorded June 4th in Los Angeles, Dylan’s lecture finds the rock legend discussing both his musical influences like Leadbelly and Buddy Holly alongside literary works that informed his songwriting, including Moby Dick, All Quiet on the Western Front and Homer’s The Odyssey. “The themes from those books worked their way into many of my songs, either knowingly or unintentionally. I wanted to write songs unlike anything anybody ever heard, and these themes were fundamental,” Dylan says during the 30-minute lecture. Dylan then summarizes those classic stories and how folk music often cited their themes and motifs. “The Odyssey is a great book whose themes have worked its way into the ballads of a lot of songwriters: ‘Homeward Bound,’ ‘Green, Green Grass of Home,’ ‘Home on the Range,’ and my songs as well,” Dylan said. “The Odyssey is a strange, adventurous tale of a grown man trying to get home after fighting in a war. He’s on that long journey home, and it’s filled with traps and pitfalls. He’s cursed to END_OF_DOCUMENT_TOKEN_TO_BE_REPLACED