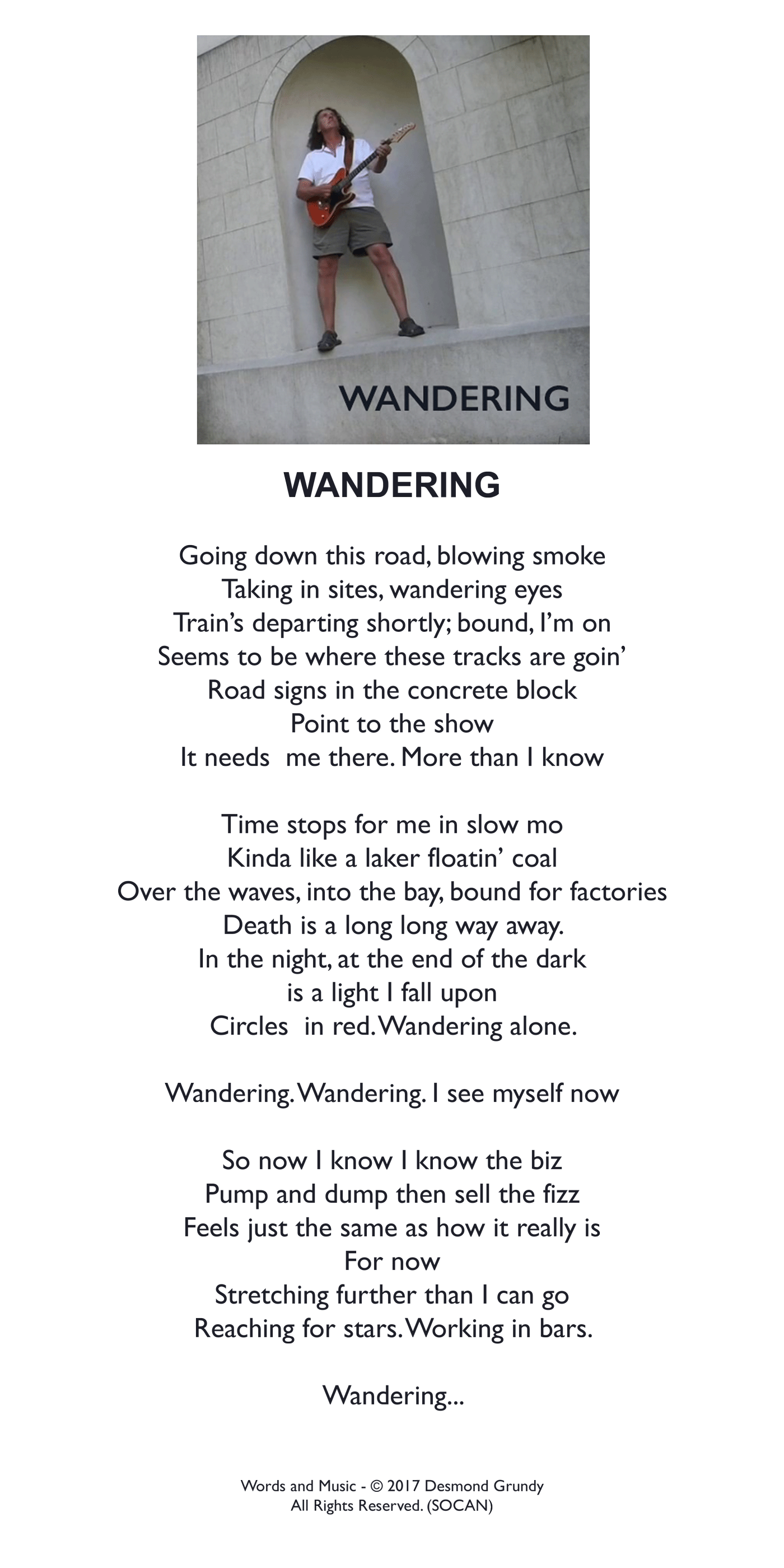 Original words and music by Desmond Grundy
the only single from this album.

I made a film in 1985 about the place I grew up. When I came back to the same place after 20 years away, I edited the film and this is the soundtrack. Watch the music video to learn the hard facts behind this true story.

Hear a snippet of this song at itunes. You can make this purchase using PayPal in multiple formats.

Single Purchase: The song was released as a single from the album One Lane Bridge. (2017)

This song can also be purchased individually from iTunes (320k, plus song snippets) and as part of a complete album download from iTunes. Also available for purchase at most online music stores including Amazon.

If you prefer you can ‘rent’ the songs from this album at Spotify. It’s not a living wage but I like working there. If you like it come back and add the real artifact to your collection.