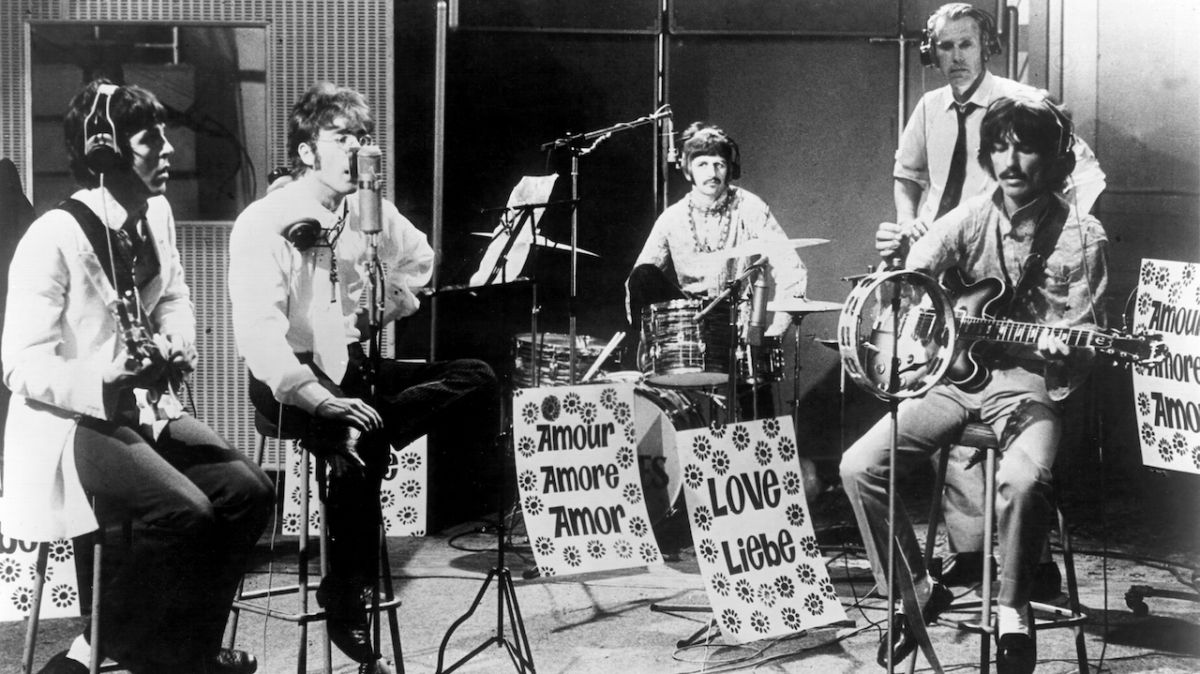 The way sound Engineer Geoff Emerick remembers it, the day before the broadcast, Brian Epstein talked the band into rush-releasing the performance as a single.”John, of course, was keen,” says Emerick, in his book Here, There And Everywhere, “it was his song, after all. It didn’t take much effort to talk Paul into it, either… Only George Harrison was reluctant; presumably he was worried that he might muff his solo, even though it was only four bars long. He was finally persuaded when George Martin assured him that we could stay late afterward and do any necessary repair work.”

Source: At the end of June 1967, The Beatles Played Live to an Audience of 400 Million. Is It Any Wonder George Fluffed His Solo? | GuitarPlayer