A fun-loving guy for sure 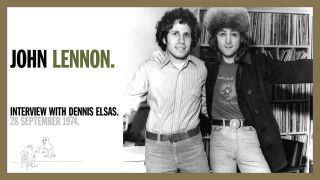 In his storied four-decade career in radio, that rainy September afternoon remains a highlight. “I’m so happy that it literally has stood the test of time,” Elsas said. “It was totally unscripted and off the cuff. John was just a musician up to chat about his new album, very happy, and talking to a fan who just happened to be a disc jockey with a radio show. It captured a moment in time. I’m still so pleased that I got to do it.”