I had always heard Alvin was a big racist. If I searched I could find a bit in the lyrics. He was a very good guitar player and songwriter and fell totally into the star trap. 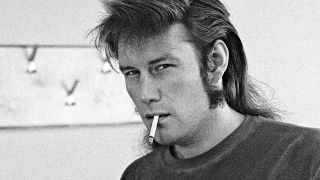 “I took LSD in San Francisco in 1968 and found it very illuminating,” said Lee. “We played with the Grateful Dead in Phoenix and they had a very interesting attitude. They’d go off stage [during Dark Star] and leave their instruments against the amps, feeding back. We started experimenting. Stonedhenge slipped under the radar, despite its title. The press didn’t seem to notice that the cover had pictures of hookahs, pipes and smoke on it. We were taking a lot of hallucinogenics and made weird albums, and I was all for that. But the writers glossed over it all – how terribly British.”

Source: Alvin Lee: the story of the fastest guitar In the west | Louder