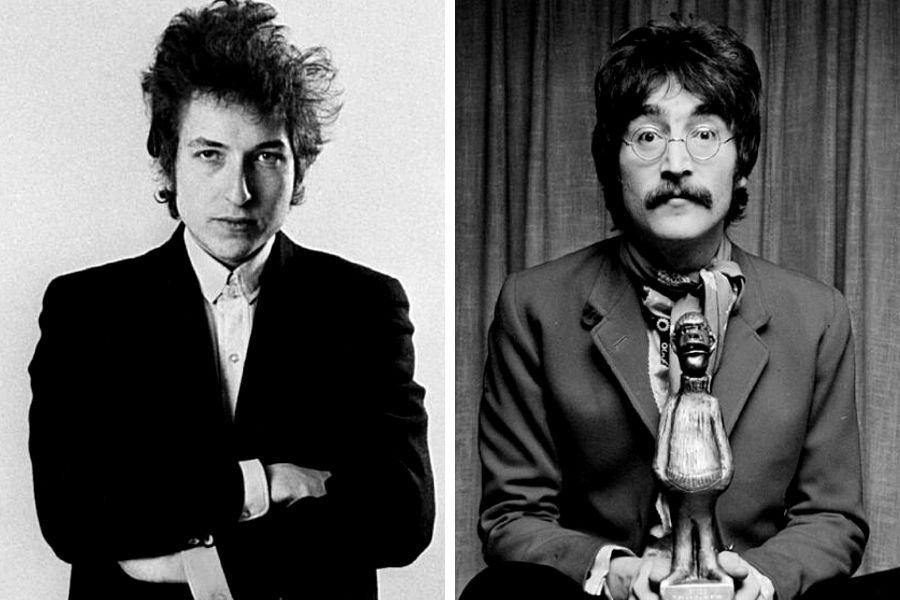 It’s hard to ignore, too. Before their meeting, The Beatles’ lyrics were never the forefront of their songs with the melody always being the most essential factor, the group were happy to include “nonsense” lyrics if they sounded correct. The art of storytelling was never their forte until Dylan changed that and John Lennon was especially inspired by the singer-songwriter’s style, a factor which led him to write in more of a storytelling tongue than he previously had done.

The Beatles’ popularity was on a different stratosphere in comparison to Dylan at this time and, considering what he was doing was incredibly original, to have a watered-down version of his sound being lapped up by the masses quite rightly arrived as irritation. That said, whether the annoyance warranted him to write ‘Fourth Time Around’ is still questionable.

There is a degree of pettiness to Dylan’s actions, one which essentially saw him write a more eloquent version of ‘Norwegian Wood’ and showing Lennon how it’s done — which is hard not to admire.

Dylan even left Lennon a not-so-subtle message at the end of the track as he knew that his number one fan would undoubtedly study it. The last two lines see him sing, “I never asked for your crutch, Now don’t ask for mine” — which make his thoughts on Lennon hero-worshipping him evidently clear.

The star of Greenwich Village would change songwriting forever, his influence on advancing music by implementing poetry is immeasurable and would help turn the craft of writing lyrics from an afterthought an into the most integral part of a song. It was this factor alone which made The Beatles initially awestruck by his immense talent and, in truth, who can blame John Lennon for trying to channel his inner-Dylan?