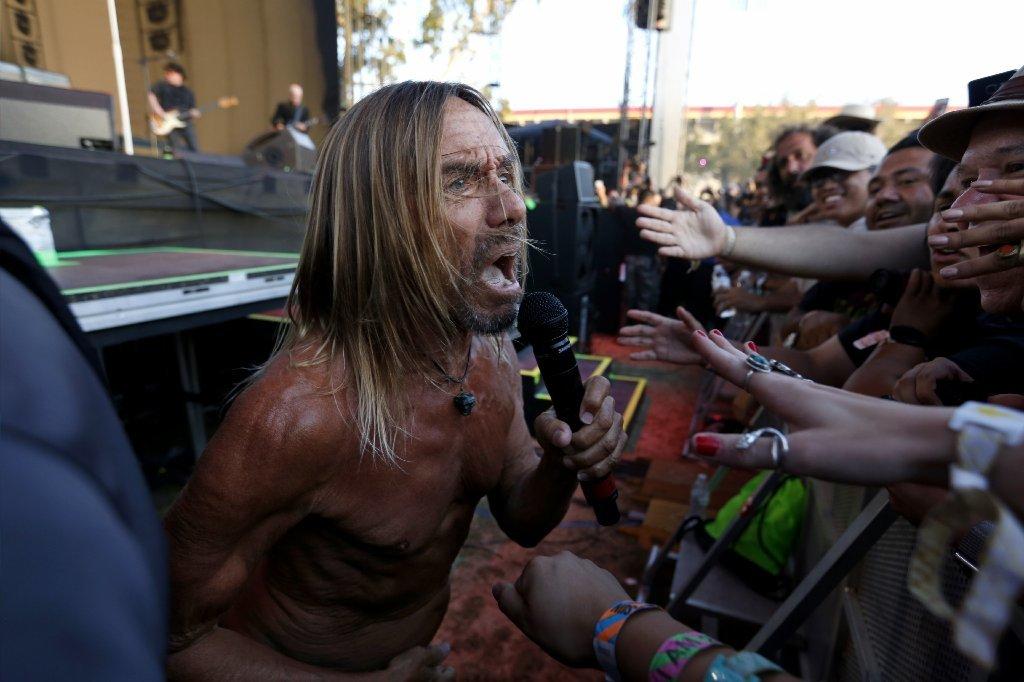 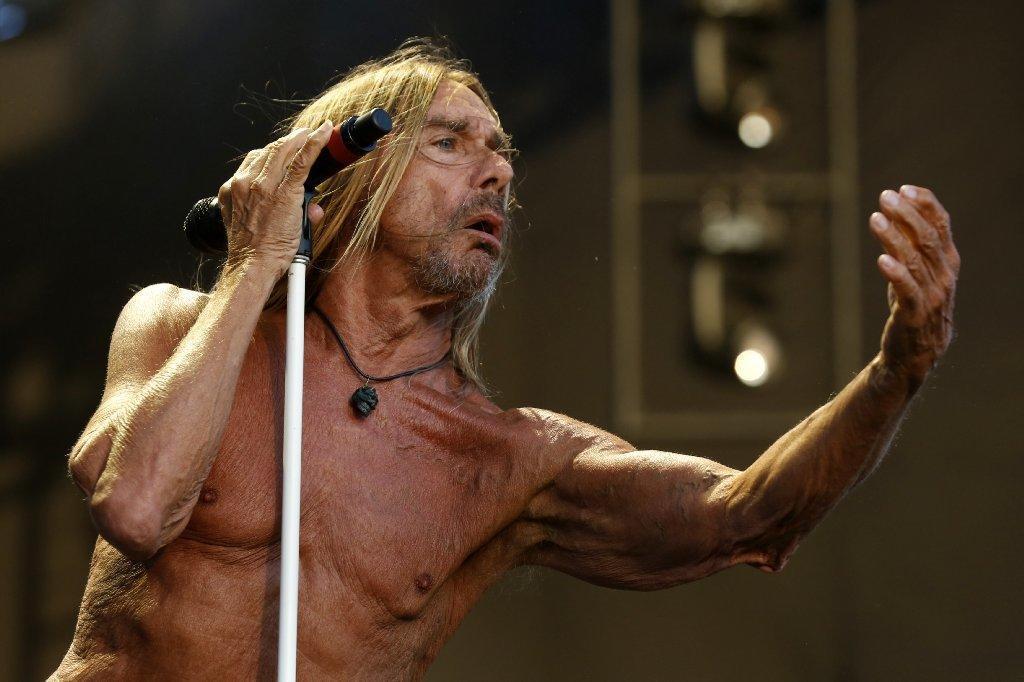 Source: Yes, Iggy Pop is 70. And yes, he obliterated his set at FYF Fest – LA Times

In skintight pants that could have been painted on, Iggy Pop planted his feet on the lip of the stage Sunday afternoon, lunging forward as if he were about to surf over the sea of fist-pumping hands.

He cocked his hips, curled his lip, slung a head of lank blond hair, hurled a microphone stand, fell to his knees to pound the floor with a belt and dropped enough f-bombs to warrant a “parental advisory” label.

In other words, the Iggy Pop who riled up FYF Fest on Sunday was the same hell-raiser we’ve seen and heard since the late 1960s. Perhaps no other American musician, save for departed Johnny Cash, has been so on brand as Pop has for nearly 50 years.

It’s sort of freakish how intact and vital Pop remains at 70. Sure, time has taken its toll on the punk pioneer, from his bare torso’s crinkled skin to the limp that’s noticeable only when he’s not prowling the stage like the streetwalking cheetah with a heart full of napalm he saluted in “Search and Destroy.” Otherwise, not much has changed.

Opening with the sludgy riff of “I Wanna Be Your Dog,” his FYF set rumbled out of the speakers and sent festival-goers racing toward the stage. Iggy scorched the earth with a handful of classics from his arsenal of songs with the Stooges and from his solo catalog: “Gimme Danger,” “The Passenger,” “Lust for Life,” the latter of which remains rock’s ultimate life-affirming anthem.

“I’m Sick of You,” a rarity from his “Raw Power” era with the Stooges, was a nice surprise, allowing Pop to channel the laconic crooner he has become in his twilight years.

The only quibble? It’s too bad he didn’t showcase, aside from “Gardenia,” more material from “Post Pop Depression,” his excellent album last year with Queens of the Stone Age’s Josh Homme.

That was a minor point in a blistering performance that proved age hasn’t blunted Pop’s force. Who else on the FYF lineup – from any year – could possibly return as a septuagenarian?